> The Inside Story of the Web

The Inside Story of the Web

The Web is quite a contrast. It is like coins whose two faces neither leave nor ever meet each other.

On the head side, the emergence of a new economy, job creation, spectacular growth of a new type of companies, invention of new services, acceleration of innovation, spreading of ideas and knowledge, evolution of modes of interaction between individuals, etc.

On the tails side, the hyper power of the stakeholders organizing information worldwide, the destruction of entire sectors of the industry (music, film, etc.), the disappearance of traditional media (newspapers, radio, etc.), the replacement of information by opinion, the challenging of intellectual property, the evaporation of nation states’ prerogatives…

It is intended for those who do not wish to play heads or tails. It is equivalent to the coin resting upright, thus revealing both sides of the same phenomena.

The Internet was first a media. It became an industry before turning into a community. The latter should reflect on what it is, what it does and what it thinks. This book asks, and asks this community, a number of questions, initiates answers and opens up a number of areas for further reflections.

It does not denounce anything or anyone. It simply expresses, often in an original and unusual way, sometimes in an iconoclastic manner, new ideas more hosted in the Web era than pending in the moment.

The Inside Story Of The Web is neither an academic work nor a theoretical work. Intuition and freedom play a major role in this book. It is based on one and a half decade spent in the digital industry, mixing with stakeholders, its entrepreneurs, behind the scenes... without ever missing the opportunity to reflect, motivated by an attentive mind and a watchful eye.

Let us be clear, we are not here to put water in your wine, but to turn your water into wine. This book is an appeal for reaction, start, realization and action on a new reality personified by the Web. 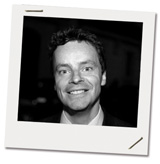 Born in France, Bertrand Jouvenot has been pioneering Internet in Europe since the web early years.

Because a website is better than a long speech... visit www.jouvenot.com

Feel free to write to the author at: bertrand@theinsidestoryoftheweb.com 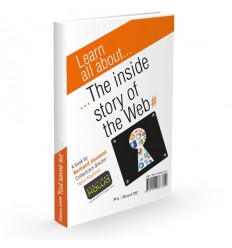 The Inside Story of the Web x 1